The main body with electropolishing surface treatment of the spirits accelerated aging device is made by stainless steel 316L, medical grade. There are 6 energy bars under cup bucket body and one extra aging stick. Each energy bar is full of HKE energy fluid. The HKE energy fluid influenced by the far-infrared emissivity of the sun and the gravity of the earth's rotating magnetic field creates physical resonance. Under the effect of this resonance, the ethanol will be acceleratedly free from congeners, making the Whiskey or wine more aromatic, smoother and aged taste. This is the best solution to turn newly made spirits like whiskey into expensive-tasting spirits in just 1 ~ 3 minutes.

HKE technology is an accelerated physical maturation method. The product does not need to be powered, heated, condensed, gasified or added any additives during the accelerated aging process. 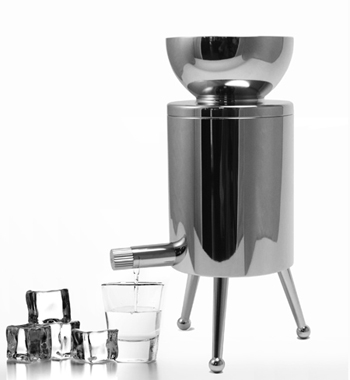 What are the Advantages
Effectively identify chemically synthesized fake and inferior wines.
Reduce bitterness and methanol in newly made spirits Reduce bitterness and methanol in young wine.
Enhance the esterification of young wine and makes the annins soft and docile.
Thanks to low isobaric and strong penetration, the spirits or young wine after HKE aging will have a faster metabolism and less hangover.
After being resonated by HKE spirits accelerated aging device, the wine body can continue to age after being returned to the bottle. 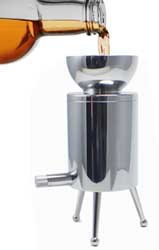 Aging
Whiskey : To aging whiskey, you pour the appropriate amount of young whiskey in device about 1 ~ 3 minutes. You can even extend the time of whiskey or add oak chips in the device according to personal preference. The effect of HKE physical resonance cracks the macromolecules in Whiskey and makes more flavors on your palate.
Liquor : For aging the liquor, the longer the resonance time of HKE Spirits Accelerated Aging in the device, the more aromatic and mellow it will be. However, the taste of liquor will be difficult to drink if there are some unnatural additives in liquor.

Decanting
Red Wine : For sober-up the wine, it takes only 30 ~ 50 seconds. Under the effect of HKE physical resonance, the hidden aroma will be rapidly released and whole wine will become more delicate. HKE Spirits Accelerated Aging Device is very suitable for the strong young wines of tannins.
* HKE spirits accelerated aging device is not suitable for bubble wine like Beer or Champagne.

HKE Technology in Spirits Accelerated Aging Device
The inside of accelerated aging stick is full of HKE energy fluid made by rare elementary materials which contains basic elements, protons and electrons. The energy of protons comes from the far-infrared emissivity of the sun, and the electrons are affected by the gravity of the earth's rotating magnetic field. After the two collide, they spontaneously rotate to generate resonance energy. 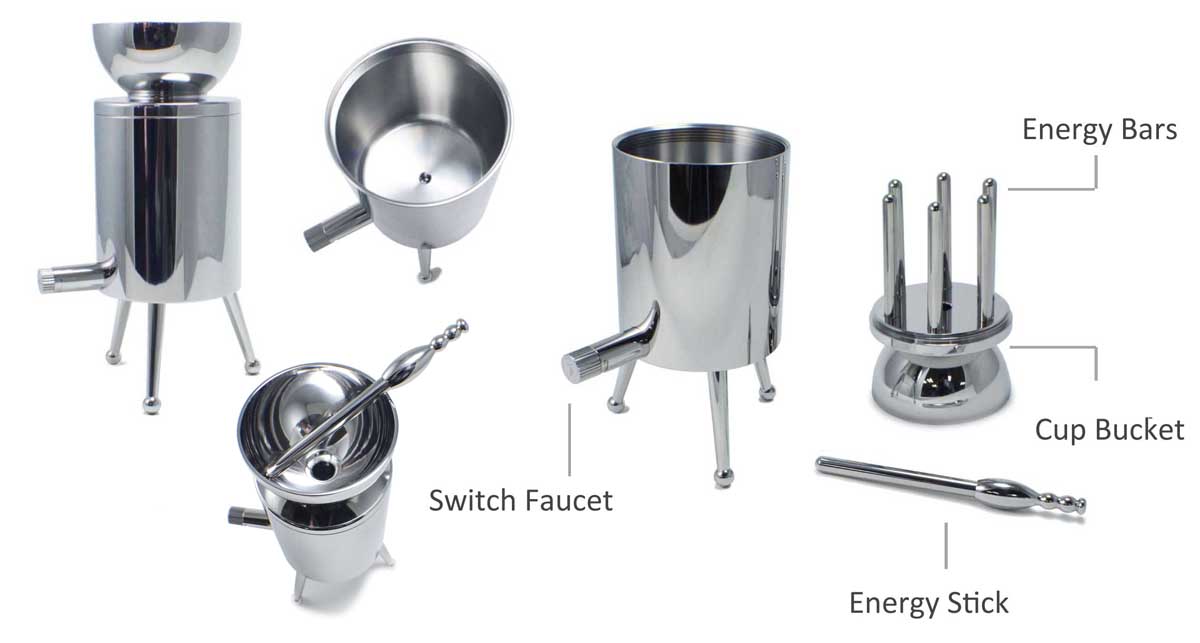