Aging Spirits in Just Few Minutes
The portable spirits accelerated aging stick is very suitable for business people who often need to have a social dinner or have a dinner party with friends. The main body of the portable spirits accelerated aging stick is made by stainless steel 316L, medical grade. Inside of stainless steel stick is full of HKE high-density energy fluid. The HKE energy fluid influenced by the far-infrared emissivity of the sun and the gravity of the earth's rotating magnetic field creates physical resonance. This resonance can be considered as a kind of catalytic engine to accelerate the effect of aging, making the Whiskey or wine more aromatic, smoother and aged taste. This is the best solution to turn inexpensive spirits like whiskey into expensive-tasting spirits in just few seconds.

HKE technology is accelerated physical maturation method. The product does not need to be powered, heated, condensed, gasified or added any additives during the accelerated aging process. 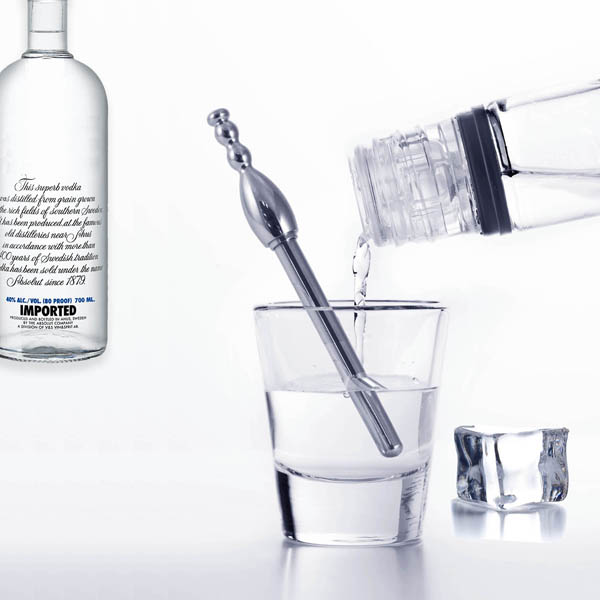 How to Use It
Just put HKE Portable Spirits Accelerated Aging stick into the spirits glass and stir whiskey or liquor few seconds. Then put stick in glass around 5 seconds if only for sober up. If aging whiskey, you can extend the time of putting stick in the glass 10 ~ 20 seconds according to personal preference. However, the taste of spirits or liquor will be difficult to drink if there are some unnatural additives in spirits after using HKE Portable Spirits Accelerated Aging stick.
* This HKE spirits accelerated aging stick is not suitable for bubble wine like Beer or Champagne.

Other Usage - Hexagonal Water Generating Stick
HKE portable spirits accelerated aging stick can also be used as a hexagonal water generator. Put the stick into the kettle (stainless steel kettle is highly recommended) and boil it with clean water. The boiled water is hexagonal water or structured water.

HKE Technology in Portable Spirits Accelerated Aging Stick
The inside of accelerated aging stick is full of HKE energy fluid made by rare elementary materials which contains basic elements, protons and electrons. The energy of protons comes from the far-infrared emissivity of the sun, and the electrons are affected by the gravity of the earth's rotating magnetic field. After the two collide, they spontaneously rotate to generate resonance energy.