The HKE energy fluid developed by our company for many years is injected into the titanium ingot. Then use high-temperature pure titanium self-fusion welding method to seal. Finally, use polishing and color carving by laser engraved as the finishing step. After the temperature treatment of the titanium ingot, the titanium dioxide on the surface is also thickened to form a protective film, also known as a gem film, which naturally produces the photocatalyst effect of titanium dioxide, and can quickly decompose bacteria.

If water can retain the memory of pollutants, and the memory can survive the filtration and chlorine treatment of the water plant, then we may provide our body cells with a lot of bad information. (In 1991, Nobel Prize recipient, physicist Dr. Wolfgang Ludwig, documented water’s ability to store electromagnetic information and asserted that water transfers coherent information to living organisms.)

Water treated by HKE physical resonance (Hexagonal Water Generating Titanium Ingot), the water molecules crack into very small water molecule clusters and bad pollutant memories are removed as well. Each molecule cluster is made up of an average of six symmetrically organized molecules. The water’s NMR half-width is less than 70Hz. (NMR data of longevity village water around the world is average at 90Hz).

The minuscule cluster is recognized by cells as "bio-friendly" because of its hexagonal structure, making it impossible for toxins to spread within the cluster. The hexagonal water also has the superior characteristics of low pressure, strong kinetic energy, and high dissolved oxygen. It can quickly penetrate the cell membrane channel and then use electrons to transmit information into the cell nucleus to promote cell activation and proliferation, accelerate metabolic regeneration. It is also helpful to people with constipation, hyperuricemia, gout, and can effectively enhance the body's immunity. 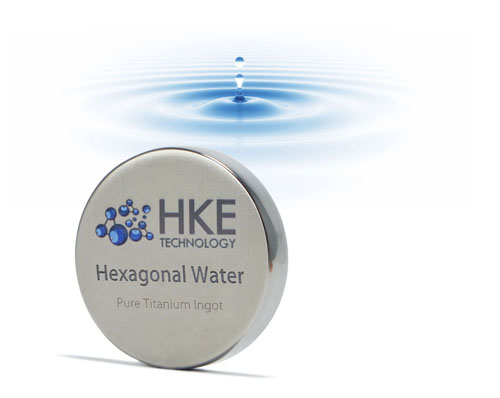 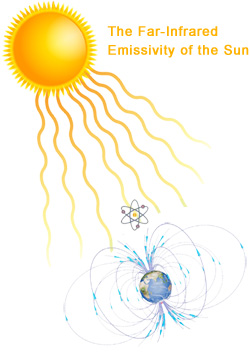 The energy fluid in all HKE Hexagonal Water Generating equipment made by rare elementary materials contains basic elements, protons, and electrons. The energy of protons comes from the far-infrared emissivity of the sun, and the electrons are affected by the gravity of the earth's rotating magnetic field. After the two collide, they spontaneously rotate to generate resonance energy. Under the effect of this resonance, the molecules of the water-containing substance are miniaturized. HKE energy fluid induces the hydrogen bond break between water molecules and destroys Van der Waals Force, thereby maintaining the water molecule clusters in a smaller form. The most important is that the generator does not need to be powered, heated, condensed, gasified, or added any additives during the whole process. 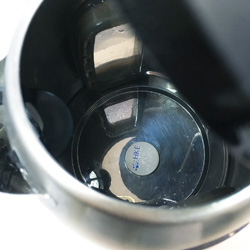 Put the HKE hexagonal water generating titanium ingot into the kettle and boil it with clean water. The boiling hot water becomes hexagonal water, also known as structured water. It is recommended that stainless steel with water level indicator window is the best material for the kettle. After many tests, pure titanium or stainless steel has the best resonance effect. The water level indicator window allows natural light to activate the titanium dioxide photocatalyst effect on the surface of the titanium ingot, which can quickly decompose bacteria. The boiled hexagonal water will continue to resonate in the kettle. Besides, the water after the HKE resonance is long-acting hexagonal water with small water molecules. The water molecule clusters will not be restored even leaving the kettle. The experiments have proved that they can last for more than 72 hours. 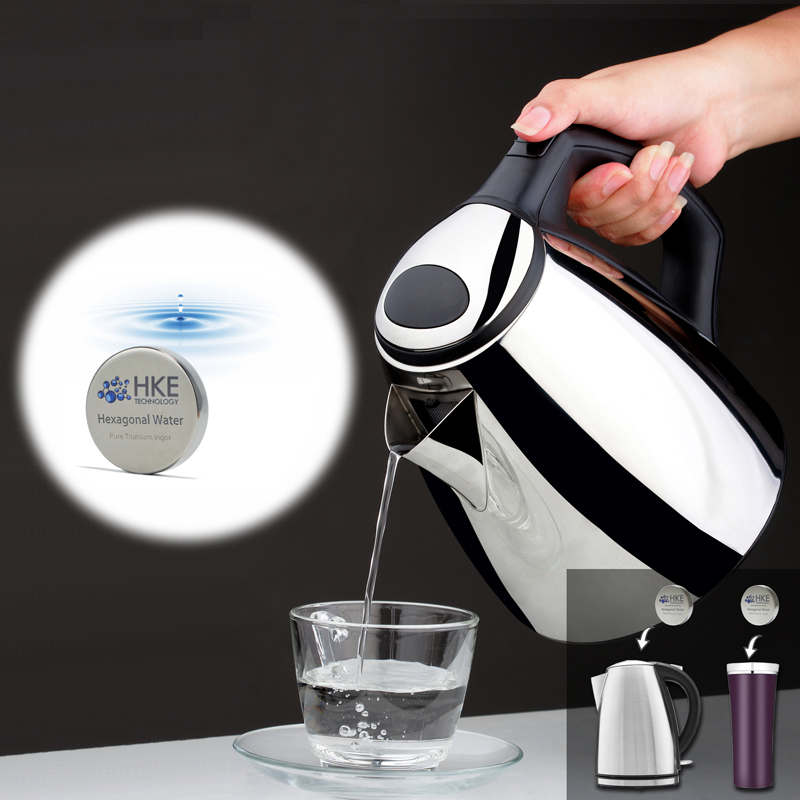 You can also put The HKE hexagonal water generating titanium ingot into the portable thermos (The inner tank is made of stainless steel). Or placed in a liquid that needs resonance, such as various pure wines (for aging or decant alcohol), lemon juice, liquid enzymes or fruit vinegar etc. (Beer and sparkling drinks are invalid).

* All information on this page related to science and medicine is based on the literature of related scholars and not intended as a substitute for medical advice nor is it intended to replace the counsel of a health professional.